Success is often the result of patience, passion and hardwork. It all started on June 10th 2008 when Sekolah Menengah Kebangsaan Kijal in Kemaman Terengganu was chosen to participate in the Maxis Cyberkids Camp-2 together with six other schools of Terengganu.

During the five-day camp, all the school participants were given assignments and required to do ICT-based presentations to share with the rest of the class on what they had researched. Upon completion of the innovation challenge, six students from SMK Kijal showed no signs to give up or depressed. Above all ups and downs, they were determined to compete though were challenged by highly competent competitors from various elite and famous schools such as SMK Elit Mak Lagam, SMK Premier Chukai, and SMK Rantau Petronas. The good personalities and competency the students possessed had finally deserved them the Best Group Award for the State Competition.

On September 18, Maxis Communications Berhad had partnered with the Ministry of Energy, Water and Communications to organize the Maxis Cyberkids e-Challenge 2008. The main objective of this national-level competition was to provide opportunities to students in featuring and promoting projects which had been proposed during the Cyberkids-2 Camps.The challenge was open to 63 participating schools of Maxis Cyberkids-2 Camps. SMK Kijal advanced its second victory by being one of ten winners in the competition and excelled in blogging, community project (Rainwater Toilet Flushing & Shower Timer), and multimedia presentations (e-Book). In fact, SMK Kijal was the only representative for Terengganu.

Due to the winning, SMK Kijal was then qualified to become ICT ambassador representing Malaysia at the ASEAN Maxis Cyberkids Camp which was held in Kuala Lumpur from November 23rd to 29th. This camp promoted regional integration on ICT and IT skills among participants from Malaysia, Brunei, Indonesia, Thailand, Singapore, Philippines, Laos, Vietnam and Myanmar.

To gain recognitions at the state-level, national-level, and ASEAN was not easy, yet SMK Kijal had proved it, and that it was the power of nurture and belief had produced such excellent achievers. 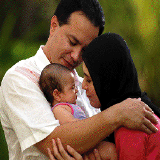